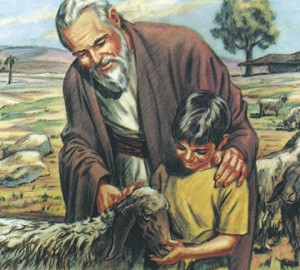 This upcoming Sunday in The Gospel Project® for Kids, our journey takes us to an event that occurred after Abraham and Sarah had their son of promise, Isaac. Abraham received another message from God. It was a test, actually. God instructed Abraham to take his son Isaac, the son of promise, and sacrifice him on a mountain God would tell him about.

Abraham had waited so many years for this child! But what did Abraham do? He woke up early the next morning and set out with Isaac to do what God commanded. By this point, Abraham had supreme faith that God was able to do anything. Hebrews 11:17-19 gives us a peek inside Abraham’s mind: “He considered God to be able even to raise someone from the dead.”

Abraham showed his love for God by being willing to sacrifice his son Isaac. God provided a ram for the burnt offering in place of Isaac, who was spared. This is how God showed His love for us: He sent His Son, Jesus, to die on the cross so that we could have eternal life through Him.

Check out the Gospel Project for Kids Family App or the Big Picture Cards for Families for ways to interact with the Bible content each week.

FLYTE: Unit 2, Session 4: Why Do I Care What People Think of Me? 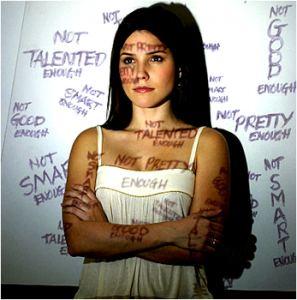 When you stand in front of a mirror, what do you see? Like me, you probably notice every flaw and imperfection. It’s impossible to measure up to beauty according to today’s culture. But God looks at the heart.

So why do I care so much about what others think of me? Read 1 Samuel 16 for some background.

Based on looks, Samuel was certain Eliab would be chosen as king. As the baby brother, David was likely compared to Eliab. Like Eliab, young David was handsome, but God noticed his heart. When David was anointed king, something significant happened. The spirit of the Lord took control of David.

Reflect on the following questions:

• What does God see when He looks at your heart?

• How have you given God’s Spirit control?

• How has that affected your response to what others think of your appearance?

As their bodies change, the preteens are becoming more aware of what others think about their physical appearance. They need to understand that God has a plan for their physical growth, but He is most interested in the way their hearts look.