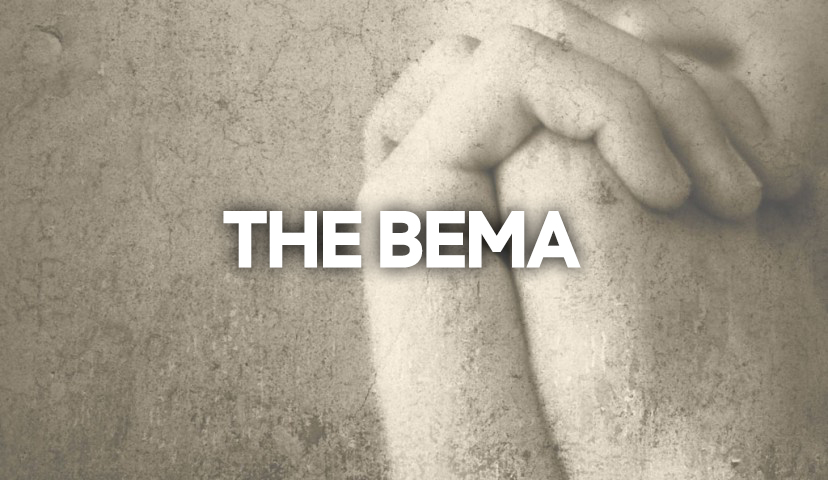 How foolish you are, and slow of heart to believe all that the prophets have spoken! Did not the Son of Man have to suffer these things and then enter his glory?

On the road to Emmaus, the resurrected (but as yet unrecognized) Jesus explains to two downcast disciples the entire plan God has been following to save the world. On the transforming day of Pentecost, Peter tells the crowd that Jesus was delivered up to crucifixion with the foreknowledge and will of His Father (Acts 2:33) Jesus told his disciples often that his mission was to suffer and die, according to the Old Testament scriptures, especially Isaiah 53. But why was the cross inevitable?

Christians have over the centuries, had several insights into this problem, based on the Scriptures and our own experience. One of the most common, originating in the middle ages, explained this as God’s impact on the heart of man, rather than its effect on God. Peter Abelard, a famous French teacher (1079-1142) taught that the cross was God’s supreme demonstration of His love to man, which, as one visualizes the suffering of Christ, humbles our pride and selfishness and alters our hearts. On the cross we see God’s judgement on sin and come to hate it in ourselves, seeing how God suffers in Christ for our sake. Appreciating all of this as we contemplate the cross, he wrote, works a saving change in our hearts. We come to love Him because he so clearly loves us, as John writes in his famous letter on God’s love (1 John) The cross, then, is God’s tremendous way of getting through to us. (Romans 5:8-10) This is embedded in the memory of the church in John Mason’s famous hymn, “When I survey the wondrous cross”. 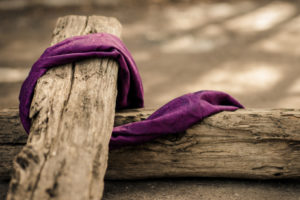 But Christians have also wondered if this approach is too subjective, in that it focuses too much on us and misses how the cross changes God’s relationship to us, from God’s point of view. The cross has an objective side, in both the way God defeats Satan, death and hell and also as God’s payment of the penalty for sin in His own Son’s body. The ancient church fathers, including Gregory of Nyssa, Irenaeus and Augustine, noted that Christ’s death and resurrection breaks the power of Satan over us. Adam’s sin and our own participation in it gives Satan a right of ownership – we become slaves of sin and members of Satan’s rebel kingdom.  God surrenders Christ as a ransom, but, as Easter demonstrates, Satan cannot contain Christ in hell. Satan has overreached himself, and in making this bargain with God he defeats himself. We see this tradition in C.S. Lewis’s famous allegory of Narnia, where Aslan dies for Edmund. Scripturally, this has been based in part on Hebrews 2: 14-15, Colossians 2:15, and 1 Corinthians 15:55-57. Luther wrote that Romans 7:6 teaches us that man had to be discharged from Satan’s chains by the ransom of Christ. (Galatians 3:10, 13). Paul echoes this as well.

But, what about God’s law?  Anselm of Canterbury, a contemporary of Abelard who wanted to reach out to medieval men who wanted to understand the cross from a justice standpoint, saw that the character of God, especially his justice, had been violated by us and needed to be satisfied. God’s kingdom cannot exist as the penalty for sin is not paid. He wrote that the legal penalty of sin, according to the scriptures, required satisfaction, by the cross. The cross is God’s paying the penalty his own holiness requires. God’s just outrage at sin, amazingly, is diverted by His infinite love, by Christ willingly bearing the death penalty of sin. God cannot deny Himself: his justice must be satisfied, but H is infinite love moves Him to pay the penalty Himself. God is Light, but He is also Love. (1 John 4:10; Mark 10:45; Galatians 3:13; II Corinthians 5:21; Romans 7:13) When we surrender to the work of Calvary, sin is not only forgiven, it is cancelled — forgotten.

What Jesus does, on that walk to Emmaus, is direct us all to the meaning of both Christmas and Easter. The relationship between us and God can only be reconciled by a tremendous change both in us and in God.  Abelard and Anselm take opposite sides as to who is changed, but scripture shows that the Cross changes both. Christ is both fully substitute and representative, and at Calvary God reconciles Himself to us and we are reconciled to Him. From God’s side, sin has been judged, punished, and now forgiven, freely, and forever, the base of every person’s reconciliation, an act far beyond an invitation. And here Abelard’s insight reminds us that the way forward in our walk is to be mindful again and again of the awful price Christ paid for us. Each view combines with the others to reveal what lies behind the cosmic-human drama of salvation lived out for us between Christmas and Easter. 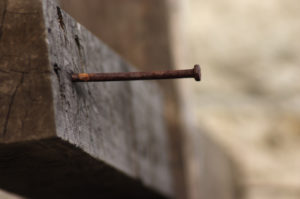 Abelard was right: contemplating Christ on the cross should bring us to our knees in humility and love. The ancient fathers were right: God forever defeats the lord of this world then the Lord of Glory pays our ransom, breaking the bonds of death and Hell. Anselm was right: God Himself for sin full Atonement made, paying the absolute penalty with absolute love. The Cross was and is not an unnecessary demonstration, paying the infinite spiritual cost of bearing the sin of the world.

In Jesus’s cries from the Cross we see and feel the sin of the world, and the union of all the ways of salvation that God has made for us. We know it, from “My God, My God, why have You forsaken me?” to “It is finished”.  Whatever needed to be done to put away our sin and make us safe, He has done. In the end, we, like the two on the road, are led back to Isaiah 53. So was John the Baptist. So were the Apostles. So the Church. So ought we.