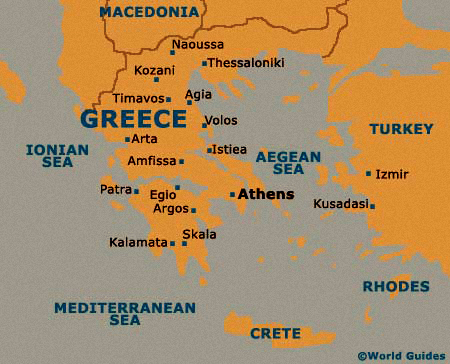 We have started the Greece Section of the trip with Thessaloniki

Walls of Thessaloniki… Paul was lowered from a window to escape.
Watch Video Clip

Paul and Silas passed through Amphipolis and Apollonia. They came to Thessalonica. A Jewish synagogue was there. Paul went into the synagogue as he usually did. For three Sabbath days in a row he talked about the Scriptures with the Jews. He explained and proved that the Christ had to suffer and rise from the dead. “This Jesus I am telling you about is the Christ!” he said. His words won some of the Jews over. They joined Paul and Silas. A large number of Greeks who worshiped God joined them too. So did quite a few important women.
But the Jews were jealous. So they rounded up some evil fellows from the market place. Forming a crowd, they started all kinds of trouble in the city. The Jews rushed to Jason’s house. They were looking for Paul and Silas. They wanted to bring them out to the crowd. But they couldn’t find them. So they dragged Jason and some other believers to the city officials. “These men have caused trouble all over the world,” they shouted. “Now they have come here.7 Jason has welcomed them into his house. They are all disobeying Caesar’s commands. They say there is another king. He is called Jesus.”
When the crowd and the city officials heard this, they became very upset. They made Jason and the others give them money. They wanted to make sure they would return to the court. Then they let them go.