Back in 2002, it was hard to imagine that the children’s summer program offered in the church basement would evolve into a licensed, fully accredited year-round program that would positively impact hundreds of children. But the Lord had other plans!

Rhonda Loewen (now Johnson) taught that first summer Glory Garden program in 2002. A few months earlier, the church had offered a short three week child care program to assist parents during a teachers’ strike. Janeya Kindrachuk (now Tunke) did some research and discovered that after school care opportunities in Grande Prairie were limited, and there was no subsidy for grades 1-6 children. So after that 2002 summer program, Glory Garden continued on with a goal to provide affordable quality care for school-aged children as an expression of Christ’s love in His world. That first year saw Karen Burns as program coordinator, with volunteer staff members including Alan and Sheena Jones, Rinus and Sheralyn Janzen, Fran Biegel and Judith Greentree. The program was offered in the church basement, and supported financially by the church as part of its Benevolence ministry. Fast forward a decade and Glory Garden had evolved into a program that offered year-round child care – before and after school (7:30 am to 6:00 pm); kindergarten care am/pm; and a summer program. The one constant was Karen Burns, who supervised and coordinated the Glory Garden program over the years. 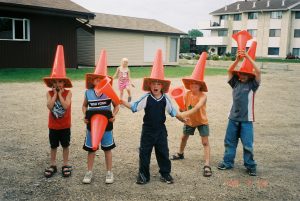 2015 – GG was fully funded by registration fees and government subsidies

2016 – Ecole Parkside students move to Montrose School; Karen Burns retires and Glory Garden closes its doors. This was the end of an era, but also God’s timing. 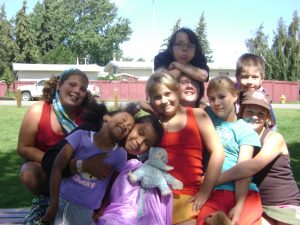 Glory Garden served between 1,400 and 2,000 families over the 14 years. Costs were kept affordable to assist lower income families, and a core group of Church of Christ people volunteered their time to provide snacks and supplies to keep the costs down. Children were cared for in a safe and positive environment. Dedicated staff members went “above and beyond” and also worked hard to build their child care skills to meet government standards.

But Glory Garden was an after-school program with a difference. It was an outreach ministry of the Grande Prairie Church of Christ to “actively share the love of God for His world, based on the ministry of Jesus, by serving and supporting local Grande Prairie children and their families.” Glory Garden staff taught the children about God’s love, and reached out to churched, unchurched and culturally diverse families. This ministry to share God’s love continued even when the program moved to the public school location. Children were excited to hear that God loved them and their parents. Glory Garden provided a support system for struggling families who were often supported through the Church’s benevolence ministry. The program was much appreciated by the families who felt a connection to the Glory Garden “family.” 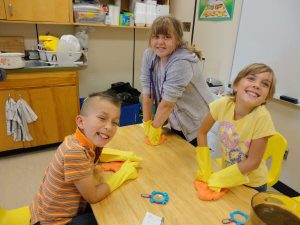 For eight years, Glory Garden functioned as an off-site Church ministry. It was an openly faith-based child care program operating in a public school, and it served upwards of 60 children per day. What an amazing ministry! The full impact of Glory Garden might never be known. But relationships were built with families to offer much needed support at the time, and seeds were planted in young lives that may bear fruit in the future.

The outgoing Glory Garden Advisory Committee would like to thank all of the individuals who contributed time and financial resources, and lifted up the Glory Garden ministry in prayer. In particular, we thank Karen Burns for her dedication to Glory Garden over the years, and the Glory Garden staff and volunteers for their ministry to children. Thank you also to the church board and staff for their support.

May we as a Church continue to share the love of Jesus with children and their families.