Preface: This study was written for Professor Heidi Pence’s course in the Books of Poetry and Wisdom, for PACE, Alberta Bible College in Grande Prairie, and was submitted in June 2016. To see the scholarly work with footnotes, click here)

The Ant and the Sluggard: A Study of Proverbs 6:6-11
By Carol Crerar

When we read about the sluggard in the book of Proverbs our first response is likely to laugh or scoff at this ridiculous character. We may be tempted to ignore his story as it appears as nonsense. How could anyone learn from a person who cannot lift his hand to his mouth to eat? Upon looking more closely, I suggest we risk deceiving ourselves in thinking there is no wisdom to be found here. His character not only lurks around us, but within us. There is wisdom in learning about his way of life. He is asked initially to do something that is very easy, so no need to make excuses. We also discover that his character traits are part of human nature, so we must change our focus from mocking him to looking at ourselves. We learn that the result of our choices in life will have damaging, even fatal impact spiritually.

We are introduced to the sluggard in the Prologue, chapters 1-9 of Proverbs. The book’s theme is stated clearly by the writer: “for attaining wisdom and discipline; for understanding words of insight” (v.2), and in verse 7, “the fear of the Lord is the beginning of knowledge, but fools despise wisdom and discipline” (RSV). Proverbs is applicable to all ages; the young are mentioned in verse 4 and the wise (older and more mature) in verse 5. Duane Garret points out four characteristics of biblical wisdom, it is practical, intellectual, moral (involving self-control), and involves the mysterious in life. In order to benefit from Proverbs, it is critical to grasp this broad understanding of wisdom. Proverbs is written in a condensed form, using poetry which was familiar to those living in the ancient near east, but not familiar to readers today. The author uses humour to teach, while poking fun at human nature.

Learn practical wisdom, the ability to acquire and apply the skills for living, is the message to the sluggard. He is instructed to learn a lesson from the ant in Proverbs 6:6-8. Go to the ant, you sluggard; consider its ways and be wise! It has no commander, no overseer or ruler, yet it stores its provision in summer and gathers its food at harvest (NIV). Tremper Longman states the ant is one of several animals referred to in Proverbs, because it knows how to navigate life well, not because it has great intelligence. We see humour used effectively here, by choosing this tiny creature, not known for strength or intellect. Without understanding the poetic humour, this suggestion is absurd. Old Testament poetry also uses parallel lines to reinforce a point. In verses 6-8 we see the echoing effect. In part A we learn the way of the ant as wise, and in part B we read the echoing effect; it needs no overseer, yet stores provisions in summer and gathers food at harvest. Parallelism challenges the reader to slow down, and ponder how part A connects with part B. This form of parallelism is written so part B intensifies the thought.

In Hebrew culture knowledge was gained through observation and trust in creation and its order. Wisdom appears in relationship with creation, other people, and/or God. The sluggard is instructed specifically to go to the ant; consider its ways (which implies observation), and become wise. By watching, even for just a few minutes, you will see ants do not stop; they appear to work tirelessly and are capable of carrying a large load. The ant referenced in Proverbs 6:6, according to Derek Kidner, is the harvester ant, common in Palestine. The people lived much closer to nature than we do today, so this familiar insect makes an effective teaching tool. If used literally, the instruction to go and study the ant works even for the young.

George Sparks points out the value of reading Proverbs from a literary perspective; it is “a criticism of life” and a picture of everyday life in Palestine. The ant also works without a commander or ruler, just getting its necessary work done. In contrast, the sluggard is incapable of action without a supervisor. The ant wisely knows the time to store provisions is in the summer and to gather its food at harvest. For the sluggard, all time is alike; summer and harvest are spent doing nothing, without a sense that these seasons should prompt specific actions. This seems unimaginable to anyone who grows crops, or even plants a small garden. The sluggard appears to be oblivious to time and its significance. There are signs in creation, if you just look, that tell you what the season is. In contrast, the sluggard does not get up and does not get started.

To Robert Alden, the writer of Proverbs is almost impatient (v.9) and twice asks the sluggard when will you get up and get going? The sluggard strangely replies (v.10), a little sleep, a little slumber, a little folding of the hands to rest. This response suggests the epitome of laziness. The sluggard has done nothing and appears disinterested in anything other than more rest and sleep. There is no evidence he gave thought to observing the ant! Life, to the sluggard is more of the same. As Kidner points out, he will not even begin, and gives in to his “delicious drowsiness”. The use of ‘delicious’ in this context, changes the negative into sounding almost appealing. Perhaps the sluggard tricked himself, in some way, thinking a little more rest was a good thing. What happens next takes him by surprise.

Verse 11 says “and poverty will come on you like a bandit, and scarcity like an armed man” (NIV). As Alden points out this are not an actual robber, but rather his time wasted sleeping robs him of opportunities to be productive and that precious hours are squandered. The word vagabond is used in the Revised Standard Version. The wording here generates debate among scholars as to the best translation. Duane Garret argues that the better translation is beggar, based on the ancient Ugaritic language, which is closest to the biblical Hebrew. The consequence of poverty is like a beggar, living in the house of the sluggard, continually wanting more. The sluggard is slowly drained of all he has. Poverty is now on his doorstep. 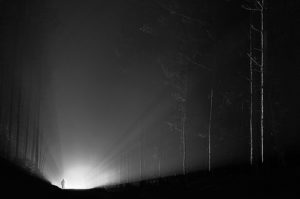 Proverbs 1:7, “The fear of the Lord is the beginning of knowledge, but fools despite wisdom and discipline” (NIV), summarizes the theme of the entire book. Ray Ortlund says the key to understating this verse, is the word “despise”. It is an emotional word that suggests contempt and aloofness in relationship, with no interest in, or time for teaching or instruction, and arrogance that does not require a change in morality. The meaning of fear in this verse is openness to receive instructions from the Lord, with humility and a heart that is willing to change. In the Old Testament passage from Is. 56:9-12, the watchmen of Israel appear to be stricken by the same behaviour as the sluggard – sleep. In verse 10, Israel’s watchmen are blind, they lack all knowledge; … they lie around and dream, they love to sleep. Their lack of effort is mocked, when the beasts in the field and the forest are called to come and devour them. The final outcome for the sluggard and the watchmen is not pleasant. Their desire for sleep more than work leads to disaster.

In Matthew 25, the Parable of the 10 Virgins singles out the five who are wise, and bring oil for their lamps while they wait for the bridegroom. The other five, foolish ones did not take any oil. When they left to purchase more, the bridegroom came and the door into the wedding banquet was shut. Verse 13 clearly instructs everyone to keep watch, because we do not know the time of Christ’s return. The virgins did not prepare, as the sluggard did not prepare, and when winter came, he had nothing to eat. In John 9:4 Jesus teaches we must do God’s work when we can, in the day, because night is coming when no one can work. The sluggard did not work when he could, in summer and harvest, so when winter came had nothing to eat. Jesus enhances the theme of this passage in Proverbs, by applying it to being ready, spiritually, for his return. The practical stories demonstrate that we have work to do, not just in a practical sense, but in preparing for his kingdom that will come on earth. We must do what he asks us to do now, when the time is right, and not put off anything. In order to be ready, as the time is unknown, we must be wise and work when we can before the final consequence, when night comes and we must miss out, like the foolish.

This characterization of the sluggard and his laziness can be applied to anyone. The tendency to make excuses, postpone what we should do, is a temptation we can all be enticed by. The sluggard was first instructed to do something very easy – go to the ant. This requires very little effort and by missing this important instruction the sluggard loses out on the opportunity to become wise. It only required that he get up and look. Unfortunately for the sluggard even this was too much, and he ignored wise counsel, and just stayed in bed. A little sleep, a little slumber, folding of the hands to rest, kept him from any action. By ignoring the people who offered help, he was ignoring God, not showing any respect for God and the times and seasons of creation. This was more than laziness, as we consider it in a deeper sense, it was offensive to God.

George Sparks reminds us that the character of the sluggard is present in our society. Here in Proverbs the flaws of human nature are exposed to remind us and warn us to be prudent. So we must understand the serious consequences of the slothful character, and watch for these tendencies in ourselves. Sparks advises us to be grateful for the practical wisdom in the book of Proverbs, written in a clear but direct way that instructs us and actually glorifies the important day-to-day tasks of life. Biblical wisdom includes practical as well as intellectual and moral understanding. Another important application of these verses is that we must be willing to be instructed by God. This requires openness, to hear, and humility to accept. In our current culture this is extremely difficult as our worldviews elevate the importance of the individual, and the focus on self as the source of all knowledge. As we slip into thinking we have all the answers, we too will be deceived, just like the sluggard (see Prov. 26:16).

The character of the sluggard is not one to admire. We may laugh, and be tempted to point a finger at his laziness, scoffing at his crazy response to life. It is obvious in the practical wisdom of navigating life well, he fails. In refusing this instruction he discovers too late, the deeper meaning. Our fear of the Lord (Prov. 1:7) is a respect for God, a readiness to received instructions from him with an attitude of humility. Our human ego despises correction, and we are prone to go to great lengths to demonstrate, how we are right, before acting with humility. If swayed by Postmodernist thought and the autonomy of human reason, we risk succumbing to a little sleep, a little slumber… And will not be prepared.