In my opinion every one of these things is true. There is so much difficulty. We are in need of greater leadership development and more volunteer support. Gosh we could certainly use more money and it is so easy to lose heart. There is so much going on in all of our lives, and no one could possibly be blamed for being tired in this fast paced city. Loss of jobs, loss of direction has led to large burdens shouldered by many. Others have emotional burdens, relational burdens, and so many other things that lead to profound hurt. Do more? Try more? Push for more? It all sounds so exhausting. I agree this is the wrong time…This is exactly why we must go forward. Let me tell you why. Take a moment; let me tell you a few stories.

Curse, sin and death abounded on the earth. There was no hope. All was lost. The people assembled to wage war on heaven through the great tower of Babel. What could be done? What would this God do? Simple, he would call a man and a woman who were too barren and too old to have children and promise them a son! The plan was so silly that Abraham actually fell down laughing! Talk about poor planning! Talk about wrong timing! But nevertheless this God moved forward. 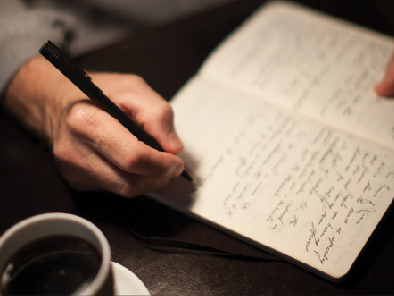 Abraham’s children hid in clefts and caves for fear of the swarming armies. Midian stood against them, terror on every side. What could be done? What would this God do? He told Gideon, the leader of Israel’s army, “You have too many men.” Two thirds of the men were stripped away. What next? Still too many men! The army was stripped down to 300 men. Who  would have thought that the solution to a massive invading hoard was less warriors? Would you? Talk about lack of volunteers! Talk about a difficult time! But nevertheless this God moved forward.  So that Israel could not boast and say “My own strength has saved me.”

Abraham’s children became trapped in sin. Ruled over by oppressors. Those who were meant to bless the world fell victim to the curse themselves. There was no one left. The Lord looked upon the earth and there was no one to help. What could be done? What would this God do?

He put on flesh, became a man. His power? Service. His reputation? A nobody. His weapon? Love. He stood against the might of the enemy. He was tired. He was burdened. He was hurting. His friends abandoned him. His closest leaders denied him. He cried out to his Father “Is there any other way? Isn’t there a better time?” But nevertheless this God moved forward. The outcome? His death. A spear to the very heart of the Father. But nevertheless…

I have never heard of this God working at the right time. Scarcely does he work in abundance.