Why Is Church Music So “Poppish”?

Somebody asked me that question this week, so being a paid purveyor of church pop, I really ought to have a run at it.  Fiat lux. 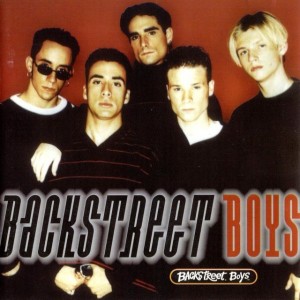 The best thing pop music ever gave us.

On this question, one could take a dark view.  You could say that we (ie the church) sound like pop culture because we are like pop culture;  self-centered, intellectually truncated, ignorant of history, ruled by sentiment, and the like.  Talking like this makes you feel like a prophet.

On the other hand, one could take a brighter view.  You could say that we sound like pop culture because we are supposed to sound like pop culture.  Is not gospel for the populace?  It is.  Did not Jesus our Lord come to the common people?  He did. Has not the church always tried to express itself in local idiom?  It has.  Talking like this makes you feel like Rick Warren.

Or there is my favorite:  the hopelessly muddled view.  I think this is the only realistic option.  How else can you explain a situation that includes everything, excludes nothing, and, like all art, is infinitely arguable?  I would say there are no answers, but somebody would hotly contest that point too, so I won’t say it. Better to listen and nod.

If pressed—which I was this week—I would retreat from specifics and talk general principles.  Hey, it works for Stephen Harper, and beside that, I don’t think there is any other alternative.  Our own church is a grab bag of everything under the sun, just like the rest of life.  Only an idiot—or masochist—would even attempt to sort all that out.  General observations are more useful, generally speaking, so here’s five of mine.  They are incontestable.

And if that is the case, maybe we should start at the beginning.  The first commandment of the Decalogue, for instance.  In principia Logos, as from St. John.  Or, in the case of the church, from the founder Himself: Love the Lord your God with all your heart and all your soul and all your mind, and your neighbor as yourself.

That might or might not make “poppish” church music at any given time, but I’m betting it will always make good art.  Generally speaking.