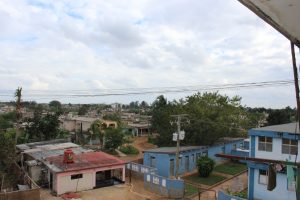 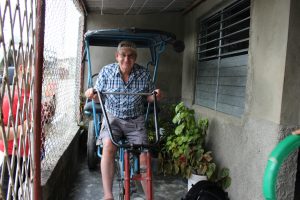 Looking back to a Sunday morning church service in the mid 90’s by an out of town guest speaker Ron Pierce. Nettie, my wife and I decided to become supporters of WORLD SERVE. www.worldserve.ca . Ron Pierce  described the persecuted church of Cuba. Informing us of the need to support pastor families during the time the pastor was incarcerated. A gift of $18.00 per month would provide for the desperate wife and children. In 1963 the government cracked down on protestant sects in Cuba. The crime was labeled (counter-revolutionary) instruments of imperialism. Many preachers were found guilty and sent to prison .  One summer day  2015,  Wilf Unrau who was World Serve  director of teams and humanitarian Aid at the time offered us a Cuban church and micro loans projects tour. 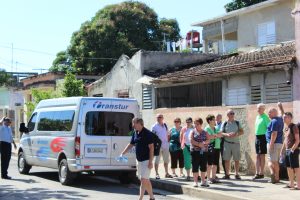 Together with Abe and Agnes Neufeld, Randy and Brenda Hansen of  Grande Prairie. January 2016 we joined Wilf and others in Cuba for a memorable week of enlightenment and observing the demise of a country that has been under Fidel Castro’s dictatorship since 1959.

The  saying  ”Amigo what’s the rush” needs to be the attitude of the Cuban visitor. Travel is offered by a typical 1950 ‘s model car or horse drawn cart.  Either one maybe slow, but dependable as ever. We found the people are kind, grateful and cheerful.  Their basic needs are provided for by the government, a little less than a dollar a day per person. Socialist ideology has eliminated or practically wiped out the middle class society. Castro believed Jesus Christ was a communist ie. feeding the 5000  etc. some distorted justification perhaps.

Our travels took us to fertile agricultural areas. As always a noticeable contrast of more modern machines to ox drawn implements were being used for agriculture. Mostly government owned. 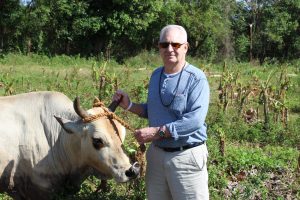 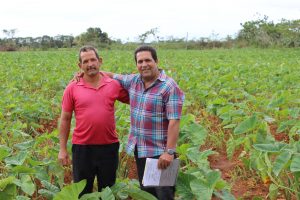 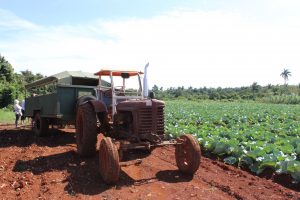 One of the biggest problems for a socialist regime is they eventually run out of money. This has created a need as well as an opportunity. Recently the government realized it was not able to provide for all citizens economically and granted a special exemption to persons desiring private business. The normal lending institutions and banks are not available in Cuba. So it’s practically impossible for entrepreneurs to access money for business start up costs.  Since 2012 World Serve has provided 320 interest free loans known as  micro business loans to believers in the church. The average amounts are $500.00 to $1000.00 the lender repays and the money and  World Serve makes these funds available to a new applicant. World Serve has local Cuban staff helping with the managing of the Micro loan system. Very well organized and successful. One of our tour group Trevor Wiens Credit Union manager of Morden Manitoba felt God’s calling so strong  to the mission after our group prayer time he went home and resigned from his position . He has joined World Serve full time. He  understands  integrity in the banking system and applicant screening. Not just approving loans based on “do I like you?’’ basis. 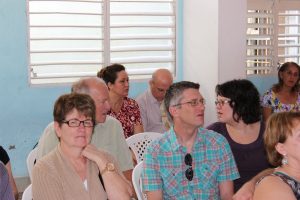 We listened to so many grateful people whose business is earning their own income as well as employing staff.  We had the privilege of funding one of these micro-loans ($750) to help expand a bakery facility and purchase a commercial mixer. As per agreement the lender commits to support the church as well as church planters and other ministries. How God can increase and bless so enormously

the return on such small investments. 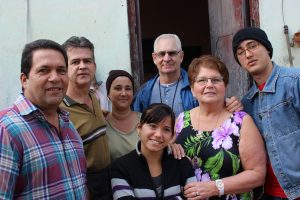 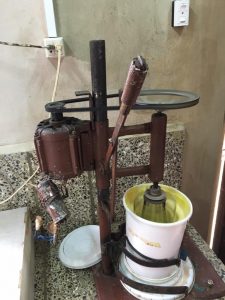 We were amazed at the openness and freedom of worship in the churches. The Christian testimony and witness to the non believer has truly has resulted in revival and transformation of the people. The government has noticed the positive impact Christianity has on society and seeing the church as beneficial. We noticed boxes of bibles coming to the Cuban churches. If you or someone you know are travelling to Cuba please take 5 Spanish bibles per person to bless some church. There is no problem with customs. The need is still great. 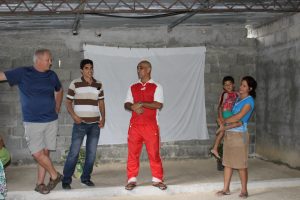 Julia & Javier are church planters in a rural area. 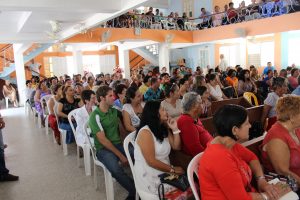