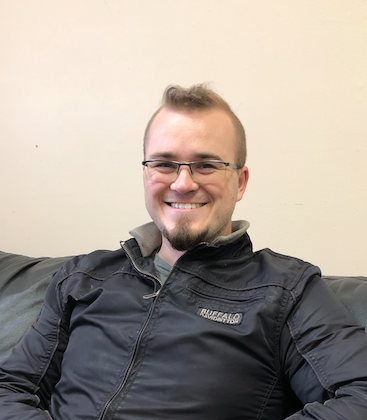 As some of you may already be aware, Andrew Watson has recently begun his practicum with the Church of Christ. Some may recognize him from his prior attendance at the Highland Park location in the recent year, or even from his attendance in his formative years in the early 90’s. Andrew is just now wrapping up his educational journey with Clear Water College and satisfying the demands of his Bachelor’s degree. Upon completion, Andrew intends to continue his involvement with this community and church family as he and his wife Alyssa raise their one-year-old daughter Alison Grace.

It was actually at the Church of Christ roughly two decades ago that Andrew was introduced to the faith, though at the time he would have described it as more of a “family heirloom” than a “personal relationship”. However, that introduction acted as the foundation where his relationship with God was truly born and built. After having rediscovered his faith, he went on to enrol at Clearwater College (formerly known as Living Faith Bible College) where he worked to refine his zeal with knowledge. There he met his wife Alyssa and later married her shortly after graduating.

Andrew describes himself as a predominantly introverted person who despite usually being reluctant to let the first word go, nevertheless abides with a deep and resolved love for his families of flesh and faith. Andrew enjoys writing, reading, motorcycles and board games as well as the odd “tasteful” video game.

God has given Andrew and Alyssa a call to the foreign mission field in which they eagerly await Gods timing and providence. Their ideal vocation as it pertains to God’s will for them in ministry is, but is not limited to, the people of Haiti. Andrew and Alyssa have been on and led Mission Trips to Port au Prince and St. Mark, and are both “Itching” to go back. Simultaneously Andrew is thrilled at the prospect to settle down in his home town at his childhood church with a young family of his own, and greatly anticipates joining us in service and relationship both as an Intern and as a kid come home.